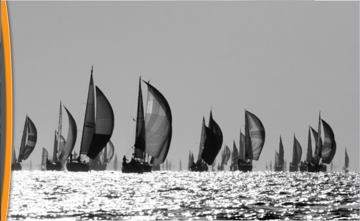 The Island Sailing Club (ISC), organisers of the prestigious annual Round the Island Race off the Isle of Wight, has appointed Catalyst Consultants to act as its commercial partnerships agency.

Catalyst is working with the ISC developing the commercial programme for the 2017 race onwards. Catalyst is undertaking a commercial review of how the Round the Island Race is structured as a brand partnerships platform and developing a new commercial programme and brand proposition to take the race forward, not only as one of the great sailing events and yacht racing spectacles but as a major mass participation sports brand.

Speaking about the appointment, David Atkinson of the Island Sailing Club said; “Of all the agencies and commercial rights specialists that we talked to, Catalyst demonstrated not only fresh thinking and creativity but also a real  empathy with where the club and the race is now and where it could go in the future. They bring to the project their wide experience and a great set of skills, and also go about things in a mature, sensitive way. We’re delighted to be working with them.”

Joe Bruce, Catalyst Director and co-founder commented; “There is significant opportunity to build on the enormous heritage, popularity and profile that the Round the Island Race has achieved in its 80 year history.  As the biggest race of its type anywhere in the world and one of the top four mass participation sports events in the UK, there is a great potential to grow the Round the Island proposition and to create a brand and consumer engagement platform that is genuinely differentiated and powerful.”


About the Round the Island Race:

The annual Round the Island Race, sponsored in 2016 by J.P. Morgan Asset Management and organised by the Island Sailing Club, is a one-day yacht race around the Isle of Wight, an island situated off the south coast of England.  The race regularly attracts over 1,700 boats and around 16,000 sailors, making it one of largest yacht races in the world.

Competitors come from all over the UK, other parts of Europe and as far away as the USA to race the 50 nautical mile course round the Isle of Wight. Starting on the famous Royal Yacht Squadron line in Cowes, the fleet races westabout, to The Needles, round St Catherine’s Point and Bembridge Ledge buoy, and back into the Solent to the finish line at Cowes.

The race is a great opportunity to watch world-renowned sailors racing against families and first time racers. Although the majority of the fleet will take many hours to complete the race, the course records stand at 3h 43m 50s for a monohull boat, set by Mike Slade on ICAP Leopard in 2013, and 2h 52m 15s for a multihull boat, set by Sir Ben Ainslie on J.P. Morgan BAR also in 2013.

For more information go to: www.roundtheisland.org.uk

Catalyst are industry specialists with many years combined senior executive level experience in the sport, entertainment and culture sectors.